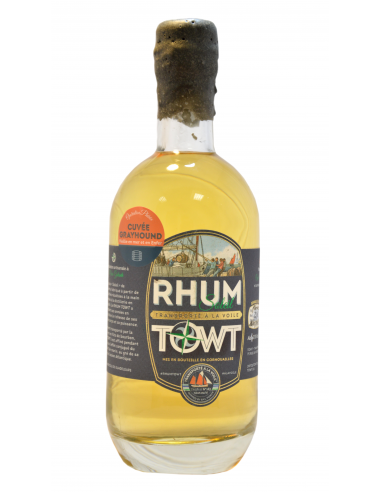 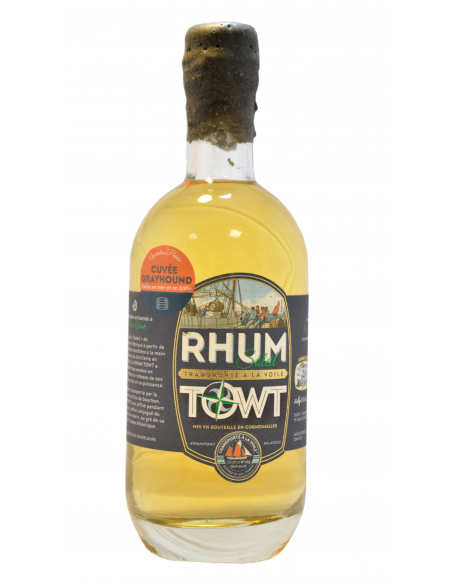 The story of this unique barrel differs from TOWT's other single cask rums. He embarked for 6 months, in 2017, aboard the Brittish lugger "Grayhound" sailing according to a changing weather and currents sometimes facing the wind. She survived, like the Phoenix, the fire that struck us on the 15th of November. Bottled shortly after the disaster, it is unique. After 6 months at sea, she is "Grayhound" and out of the flames of Hell, she is "Phoenix". For both reasons, its notes are surprisingly long in mouth, very rounded, iodized, almost rancio, while keeping a freshness and a fruity reminiscent of cane and vanilla flower.

In addition to 5 years of tropical aging, within the best rum distillery of the island, this limited edition TOWT's rum is the result of aging at sea for 6 months aboard the Grayhound, replica of an English lugger of the 17th century. The rum coming from this special cuvee is less strong, sweeter and smooter.

What if the sea became a new terroir of French rum? Or improvised itself as a cellar of a new kind for spirits aging?

Aging at sea is bold, in a contemporary and exploratory approach of the rum. The iodized air, the winds, the currents, the swell and the agitated waves are factors that can make a rum of a new taste arises.

It is cut at 40 ° with water from the "Monts d'Arrée" (Britanny) and bottled in the French Cornwall. Each bottle is numbered and contains the number of the barrel that contained it, as well as its date of bottling.

Thanks you to Patrice Pellerin for the drawing on the label.

- Aging: 5 years in lightning, 70 days at sea in bourbon barrels and 6 months at sea aboard the Grayhound

- Transport: all transport informations are available thanks to the certificate number on the bottle's label, ANEMOS.

- Bottle: each bottle is numbered and sealed by hand with beeswax.

Alcohol abuse is bad for your health, please consume in monderation.

10 other products in the same category: 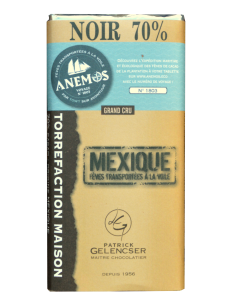 €5.90
Dark chocolate made from Mexican cocoa beans transported by a sailing ship A balanced, fruity, floral chocolate with a final woody note, without excess of acidity. 70% Intense aroma and delightful length in the mouth. 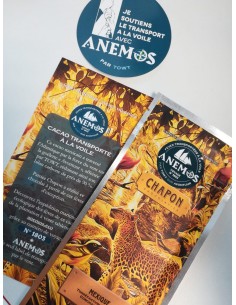 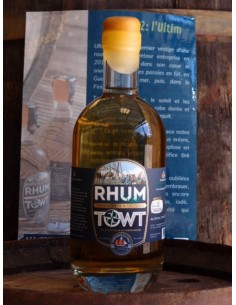 €59.90
TOWT rum is a Marie-Galante's agricultural rum that has experienced 5 years of tropical aging, in the best rum distillery of the island, for a particularly perfumed elixir because developed in the respect of a centenary tradition. Made from fresh canes harvested by hand, this rum crossed the Atlantic in barrels of bourbon, by the force of the wind aboard... 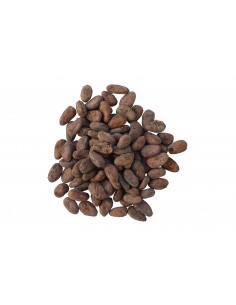 €19.91
The cocoa beans from the Chontalpa is one of the last noble criollo in Mexico. This rare Fino de Aroma variety contains 50% fat for a protein level of almost 15%. It is an extremely sweet cocoa that has a long-lasting taste in mouth, with delicate fruity and floral notes.

€5.90
A crunchy dark chocolate made from Mexican cocoa beans transported by a sailing ship. 70% Intense aroma, generous length in the mouth, very pleasant and beautiful tenderness of the fondant. A woody chocolate with a subtle acidic final note that reinforces its features.

Green tea from the Azores

Thé vert des Açores
€6.45
Produced in a completely traditional and natural way, this tea, with its mild taste, has a very low caffeine content and is particularly rich in antioxidants.  Green Tea "Cha Hysson Green". Imported from the Azores exclusively by a sailboat chartered by TOWT.